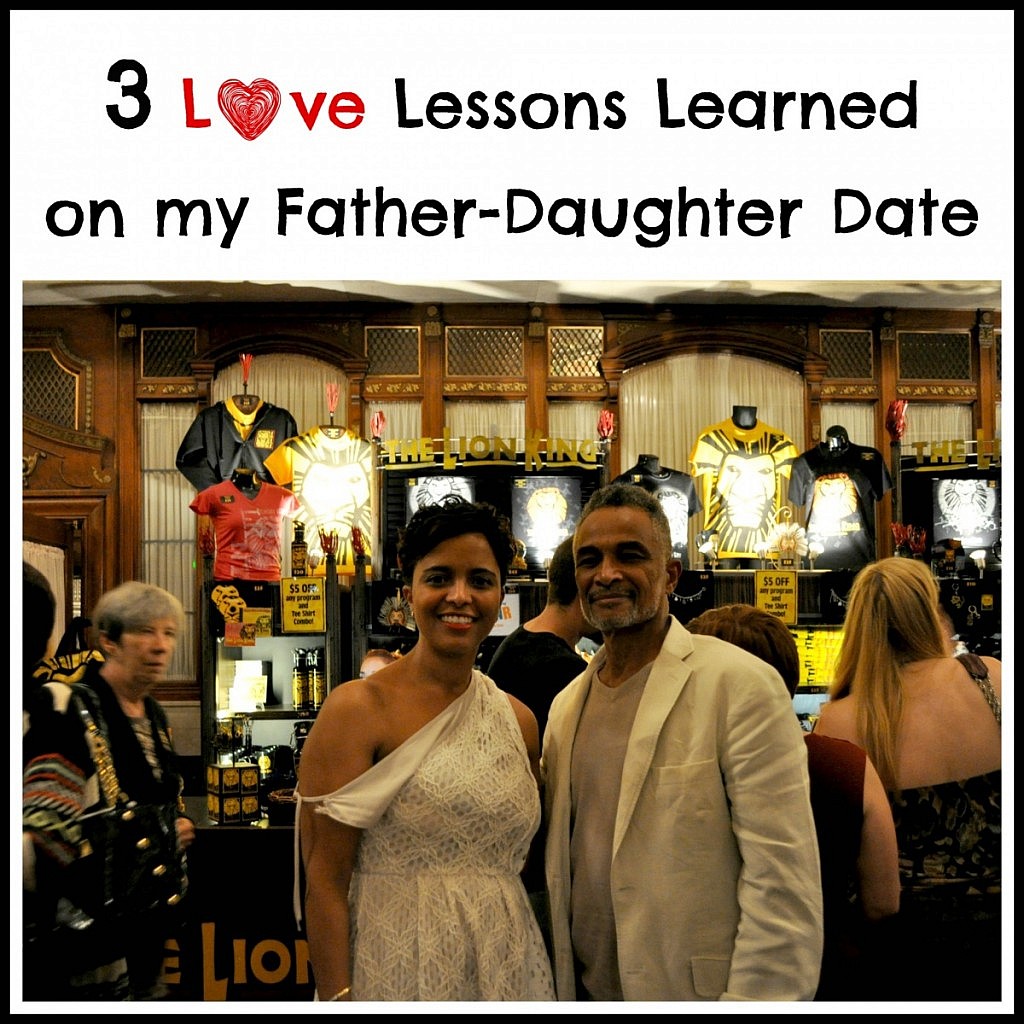 Recently, I went on a father daughter date with one of the funniest, handsomest and greatest men of all times–my dad Richard Elliot Hopson. I received two tickets from the Pittsburgh Culture Trust to the Tony Award-winning Broadway play The Lion King and asked him if he was free on Friday. We dropped my mother off with a friend and headed to the Benedum Center, located in Pittsburgh’s growing theater district. Ever since I could remember, my father and I got along almost perfectly. I think it’s in part due to the fact that I am my mother’s twin, even though she hates to admit it.  So, our personalities mesh together like peanut butter and jelly–the ingredients to one of my favorite songs my parents sang to me as a child. This night, I learned a lot about love.  My dad didn’t sing Barry White or recite a poem. He just, well, acted like my dad. Although he previously taught me some of the life lessons, our time together reinforced the words of wisdom he shared over the years. Here are the four things I learned.

For decades, my dad has picked up the tab for dinners, movies and even vacations. When I added more years and more money to my life, I returned the favor. But still, it was an uneven exchange. He’s old school and is a big believer of a man providing for a woman. If I asked him what dutch meant, he would probably think I was referring to the natives of the Netherlands. However, on this night, I was able to treat him to a night out on the town. Watching his face light up at the magic of Disney unfolding on the stage  before us  made me remember that often it feels even better to give than to receive.

Just because my dad doesn’t think a woman should foot the bill on a regular basis, he does think the woman should give gratitude to the person taking her out on a date. Perhaps she offers to pay for parking or tip the waiter. Or maybe her gratitude come in the form of words and gestures of appreciation. This night, my father thanked me in all three! He dropped me off at the door while he parked the car. He bought me a bag over overpriced pecans. And he couldn’t stop bragging to everyone how his little girl took him to see The Lion King, because her blog is gaining a ton of attention. He reminded me to appreciate men more when they take time out to plan an enchanted evening.

Accept People For Who They Are

On the way to the theater, I complained in the car about someone who shall remain nameless. My father, whose motto is to accept people for who they are and to change how you deal with them because they may never change, listened to me vent. He laughed and made a funny comment about the person’s behavior, which made me smile. But although he agreed with what I had said, he didn’t understand why I went on and on about something that was out of my control. He reminded me that when you love someone, at times, you must tolerate their imperfections and respect their opinions–no matter how absurd.

Hey DFTM Fam–What has your father taught you about love? What do you want to teach your children?