Warning: "continue" targeting switch is equivalent to "break". Did you mean to use "continue 2"? in /nfs/c09/h05/mnt/190573/domains/diaryofafirsttimemom.com/html/wp-content/plugins/jetpack/_inc/lib/class.media-summary.php on line 87
 Are You Celebrating Halloween in Your House? - Diary of A First Time Mom
Home
Baby

As a child, I looked forward to picking out a cute costume and trick-or-treating with friends. We crossed our fingers and hoped houses would pass out full-sized candy bars, McDonald’s ice cream sundae coupons and maybe even money–that’s what one neighbor put in our pillowcases every year. Our parents took us door-to-door, and we knocked an begged for treats that they later inspected and sometimes ate. My mom and dad wouldn’t let my sister and I dress as ghouls and goblins or devils and monsters. Instead, we dressed up as animals, princesses and cartoon characters. We didn’t view Halloween as evil, throw eggs at houses or  wrap trees in toilet paper. We celebrated childhood, got high off of sugar and filled our bags and bellies with candy.

Years later, I look forward to making memories with my daughter. I’ve dressed her up as a cat and a strawberry.  She even a pink pajamas with a glow-in-the-dark skeleton on the front. 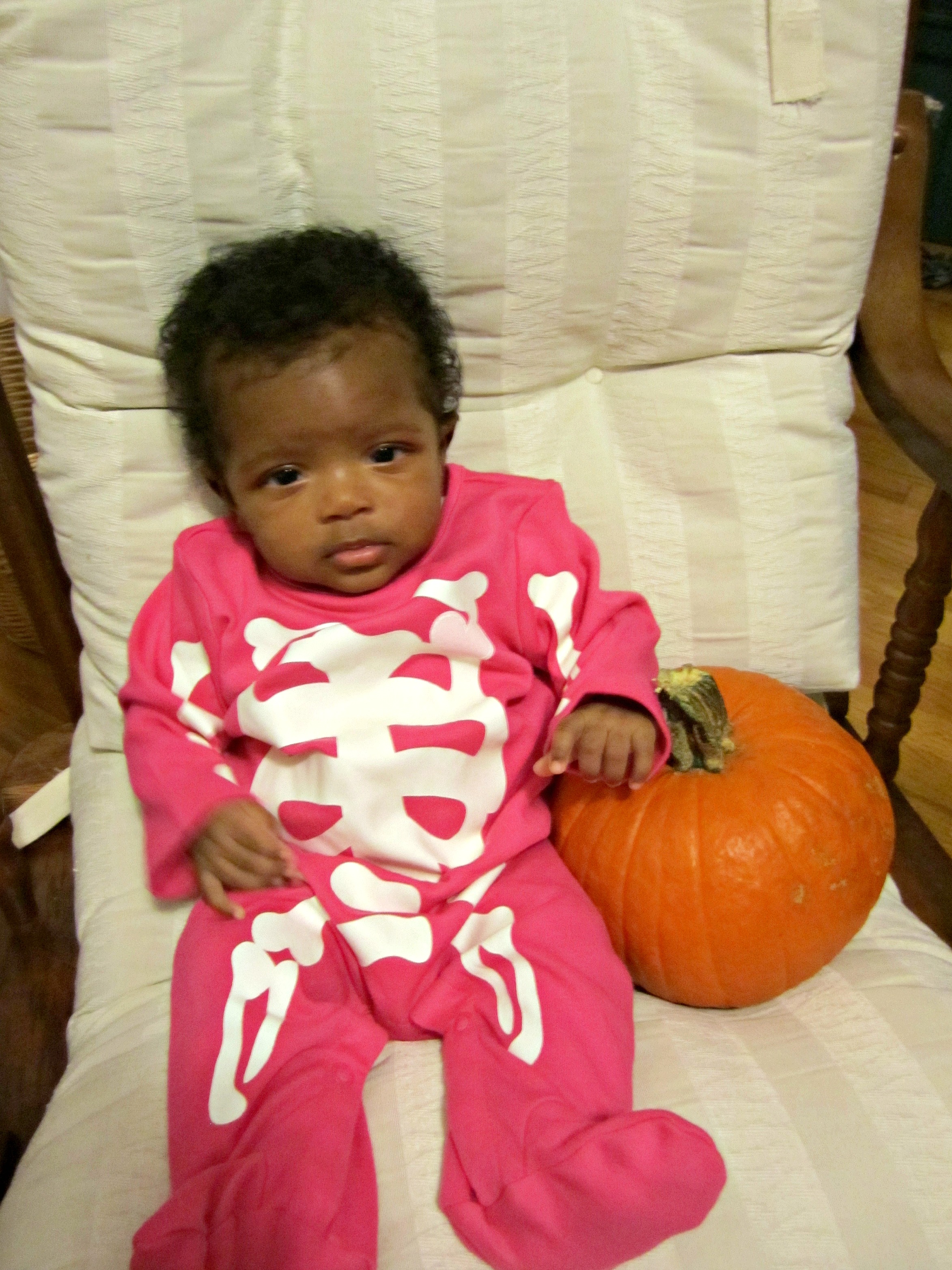 We have yet to go trick-or-treating, but we’ve passed out candy to the kids in our neighborhood. But surprisingly, some of the same children who trick-or-treated decades ago won’t let their kids celebrate the holiday.  It’s now evil and could damn them to hell I guess.  I’m not saying I’m in favor of everything Halloween represents. I’m not a fan or vampires or zombies. But because they grew up, they now have the right to lock their kids inside and prevent them from having fun. Or better yet, they take their kids to a church “harvest festival” and say they wouldn’t dare celebrate Halloween.  Newsflash–it’s the same thing. If I get a piece of orange candy at a church is it different from the same piece of orange candy I get from my neighbor’s house?  I’m just saying.  I have a confession–I’m Christian, and I went trick-or-treating.  I wonder if these parents banning their kids from celebrating take their kids to church or read the Bible. I won’t judge as I don’t want anyone to judge me.  I just think it’s a bit backwards. I once dated a man who said our children would not celebrate Halloween, even though he did and had a blast. He sang in the choir and loved the Lord. Obviously, trick-or-treating didn’t do damage. 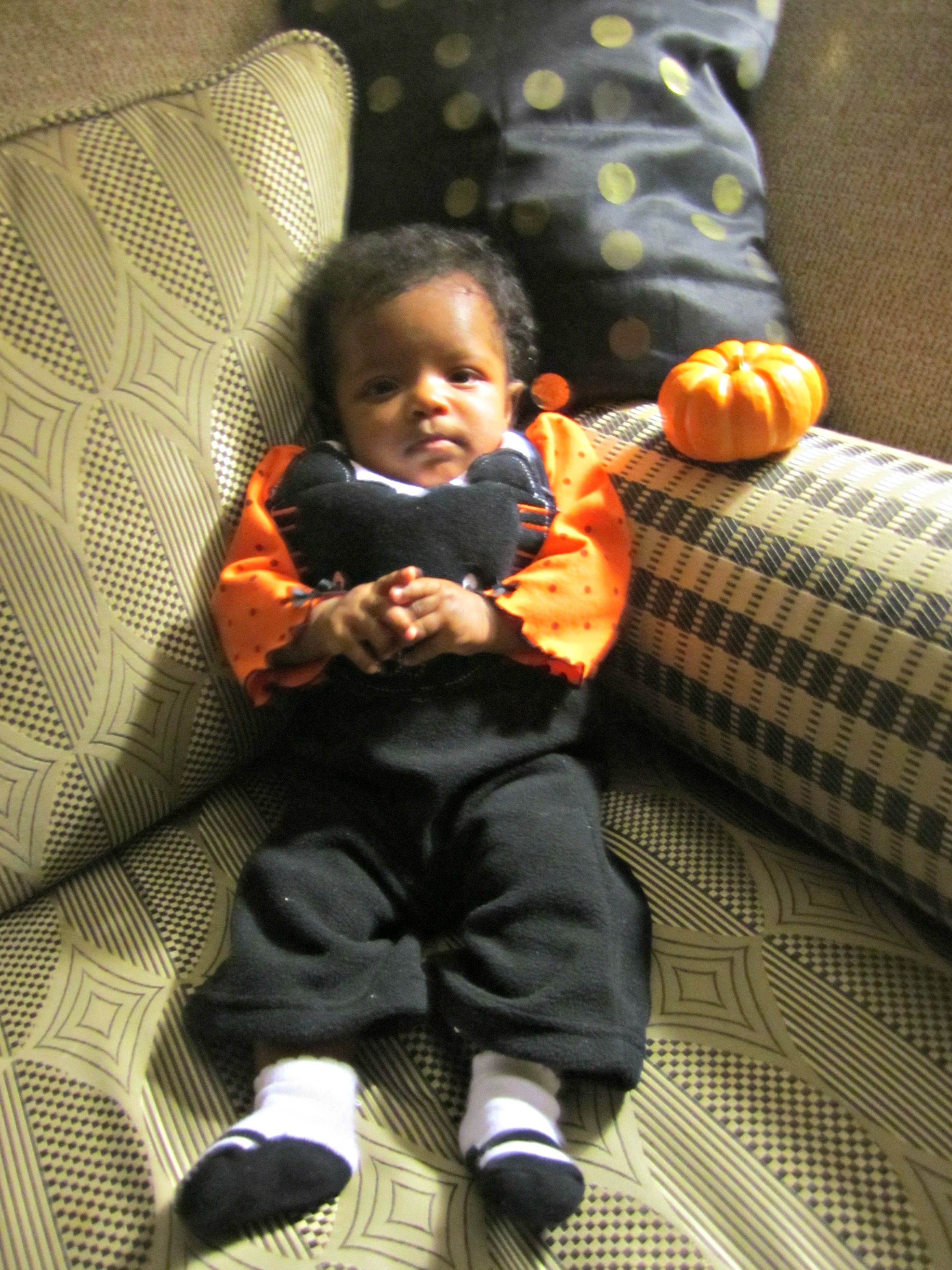 I think I’m going to start a petition and create a new holiday. Maybe I’ll call it dress up day. Kids can dress up, get candy but not be connected to something deemed as evil. Instead, they’ll just be a kid. And parents will be parents, reminding them to brush their teeth or else their teeth will decay and fall out.