We’ve all read the statistics and heard the sayings: Breast is best. Got boob? Breastfeeding is not a choice; it’s a responsibility. The push to breastfeed is everywhere. Unapologetically all up in your face. But what does that mean for those of us who choose not to breastfeed? Are we somehow bad parents? Or irresponsible, as my least favorite quote from above seems to suggest? Am I a bad parent because I decided not to breastfeed? Here’s why I didn’t breastfeed.

Before I got pregnant with my daughter, I, admittedly, wasn’t really jumping for joy over the idea of breastfeeding.

I remember my friends making jokes that it would probably be a good idea to formula feed due to my being blessed up top. They thought I would somehow end up smothering the poor child, while he/she tried to eat. Those humorous, half-serious conversations were pretty much the extent of my exposure to the topic of breastfeeding.

Once I did get pregnant, however, I decided that I should at least do some research on the topic before completely waving it off. That initial and subsequent research led me to my decision: I would not be breastfeeding. But I couldn’t say that.

Whenever someone would ask, Are you planning to breastfeed? I would say, Well, I’m not sure yet. Then they would proceed to bum-rush me with every freaking piece of research they could conjure up to persuade me to nurse. Now I know I should have said, No, I’m not planning to breastfeed and please leave me the hell alone about the subject, but I didn’t. You know, hindsight is 20-20. 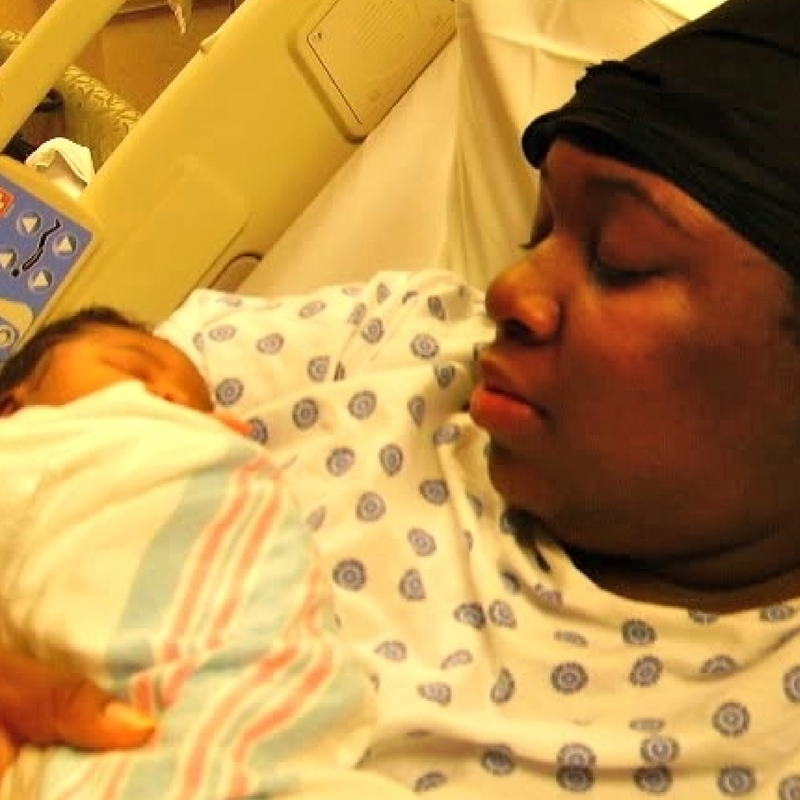 After Jam made her debut, the question arose once again. This time, though, it was do or die: Are you ready to feed her now? Woah! You’re going to just put me on the spot like that, nurse lady? No, you can bring me a bottle and I’ll try breastfeeding her next time. And then next time came, and I gave it a try and then I said, Hell no.

I didn’t like it. It was the most awkward thing in the world for me. My breasts had never been made community property like that before, with everyone jumping in to demonstrate what I should be doing: pull this, squeeze that, push here. Just no. I politely asked people to remove their hands from the merchandise and leave me be—with a bottle of formula.

And that’s when the support dissipated. There was so much pressure to do right by my baby and breastfeed that it felt like I was doing wrong by feeding her formula. It was only until a friend suggested that I pump and bottle feed, did I feel any type of support as a non-breastfeeding mother. It was as if my choice not to breastfeed had alienated me from all of the good mothers who nursed. Sadly, I find the exact same thing all over the Internet. Moms who advocate for breastfeeding, but ridicule those of us who choose another option—all in the same breath and all the while touting support. The fact of the matter is that like most other things in life, breastfeeding is a choice. It is an intimate choice for that family, that woman and for that child. It’s not for the lactation consultant to decide, the nurse in the nursery, your mother or the e-thugs posted up on the blogs, forums or parenting sites. The choice is yours.

Vaneese is an unapologetic, non-regretful formula-feeding mama of one. Far removed from the bottle and the breast, Vaneese now juggles being a working mom to her 5-year-old, tiny diva, Jordyn. A multi-passionate workaholic and career development junkie, Vaneese writes and manages Mommy Works a Lot. Connect with her in 140 characters or less on Twitter or stalk her Facebook, if you’re a little more long-winded.