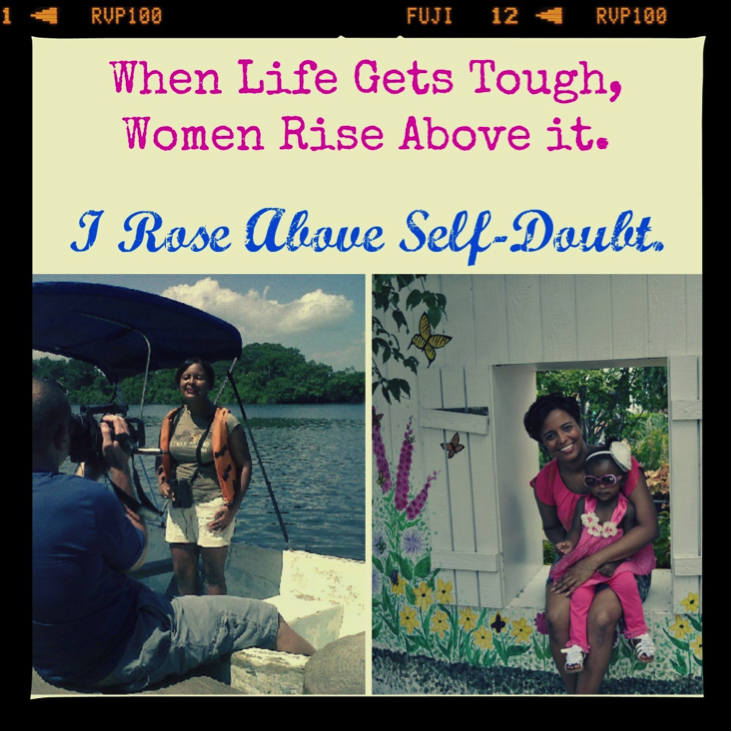 Disclosure: Diary of a First Time Mom is partnering with  Pine-Sol® to show how Women Rise Above It. Although I received some form of compensation for this collaboration, all opinions remain my own.

Not long ago, I hosted a television show in the Cayman Islands. Today, I’m back home writing a different kind of story as a new mom. It’s funny, because, growing up I never dreamed of becoming a mother. When my friends talked about what they would name their children, I shared my goals of being the next Oprah Winfrey. I went on to study journalism at Michigan State University, and after graduation, I broadcasted the news throughout the U.S. Instead of heading to HARPO studios, I bought a plane ticket to the Cayman Islands to work at a television station. I landed five days before a category five hurricane hit!

No one was surprised that I ventured overseas. My family and friends joked that chances are I would never be three things: a cook, a dancer or a mother. But they wouldn’t be shocked if I won an Emmy or a Pulitzer Prize.

I lived in paradise for seven years and traveled the globe with a government delegation. Then, I followed my heart to Washington, D.C. to pursue a long-term relationship and obtain a teaching certification. Within a year, I got a job, got pregnant and got dumped. I moved in with my sister in Pennsylvania—without a nice nest egg but with a baby on the way. I was heartbroken and doubted I could raise another human being by myself.  So, when life got tough, I didn’t rise above it. The situation suffocated me. I felt depressed and alone.

Then one day, my tears dried up. I reminded myself that I wasn’t the only single mother on the planet. And even with a husband, parenting can be quite challenging at times. I remembered my maternal grandmother, who married at 16, gave birth to 15 children. She miscarried once and outlived my aunt and uncle. She was the strongest, sweetest and wisest woman I’ve ever known. She inspired me to no longer doubt if I was good enough to be someone’s mom, to no longer doubt if I could accomplish my career goals. I realized that motherhood was by far the best assignment I ever received! I’m not alone. Did you know that most women say their biggest role model is someone they know? Recently, Wakefield Research conducted a survey among women across the U.S. on behalf of the makers of Pine-Sol® Products, and 86% of women 35 and up said their biggest female role model is someone they know personally, not a celebrity or political figure. Additionally, women see the best female role models in their family (60%) and their communities (24%).  And 65% feel they are currently a role model to someone in their life.

To recognize and celebrate the remarkable women among us, like my grandmother, Pine-Sol® is teaming up with actress and activist Rosie Perez to launch the ‘When Life Gets Tough, Women Rise Above It’ campaign.

From now through January 31, women across the country are encouraged to submit their own stories of triumph by logging onto www.womenRiseAboveIt.com. How are you rising above “it”? I rose above self-doubt by proving that I could do anything I set my mind to—including things people doubted I could do, like cooking, dancing and even parenting. 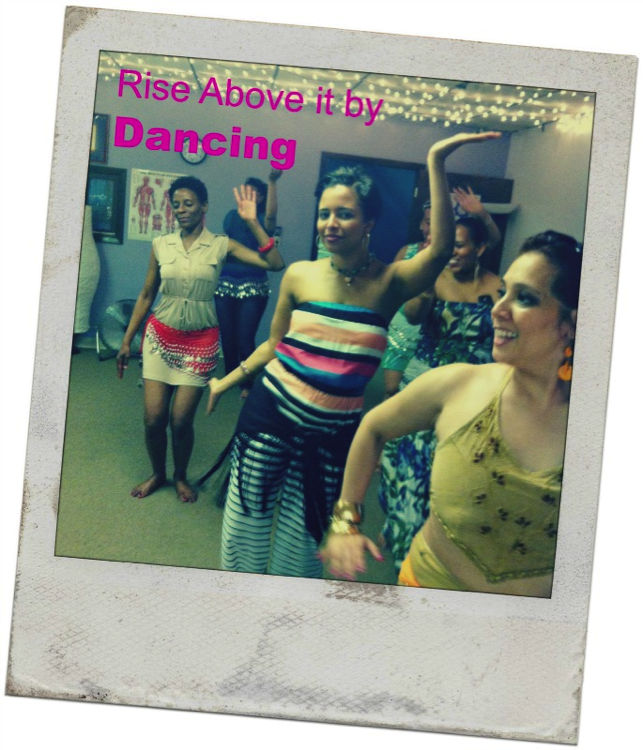 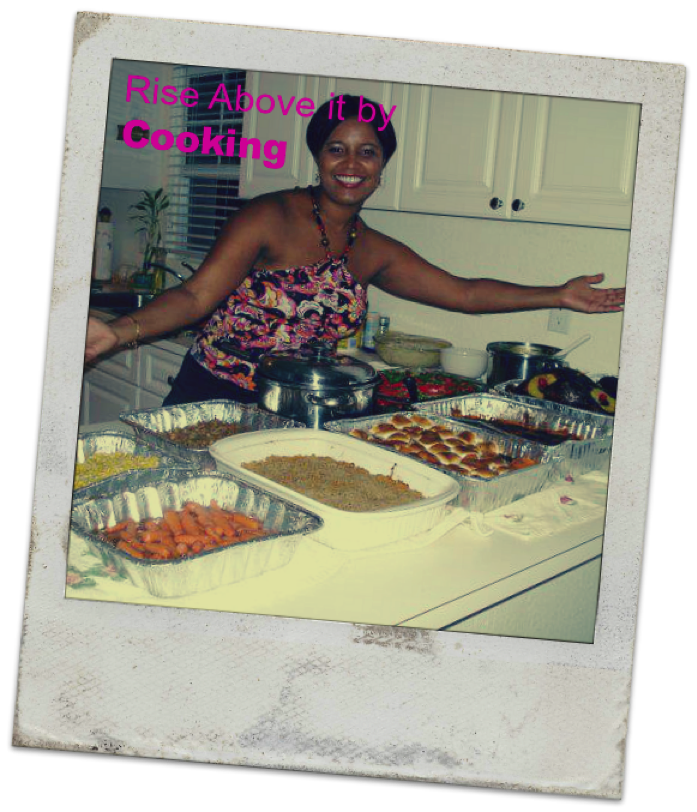 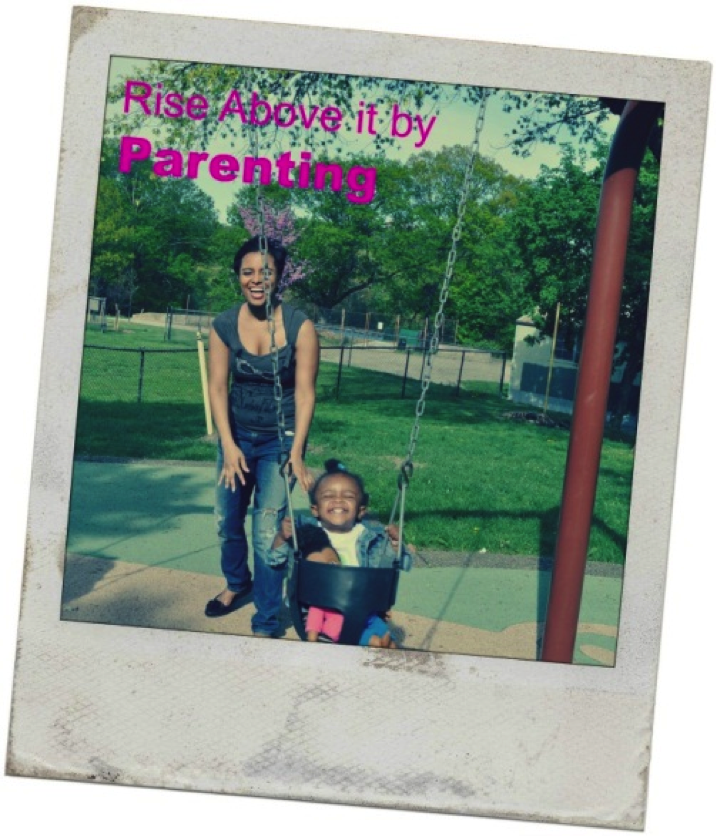 By sharing how you rose about a tough time, you could inspire others and win you a prize at the same time! Once a week for 12 weeks, Pine-Sol® will award one lucky winner small tokens of appreciation. Everything from flower bouquets and Pine-Sol® coupons to complimentary house cleaning services for a year. OK, they had me at complimentary cleaning services! It seems like I’m always cleaning. My house smells clean (thanks Pine-Sol®) but looks a bit messy (thanks two-year-old daughter). If you’re the grand prize winner, you will be awarded an all-inclusive trip to enjoy a peaceful spa experience at a deluxe hotel. Those are reasons every mom should enter!

What’s just as cool as winning? Well, as part of the campaign, Pine-Sol® donated $25,000 to Women Empowered, a nonprofit based in Los Angeles that connects, educates and supports women of all ages and backgrounds, inspiring them to give back to their communities.

NO PURCHASE NECESSARY.  Open to legal residents of the 50 United States & D.C. 18 years and older.  Ends 1/31/14 at 11:59 a.m. PT.  To enter and for Official Rules, including odds, and prize descriptions, visit www.womenriseaboveit.com.  Void where prohibited.