This week, I am a bit hormonal–not in the greatest mood, thanks to Aunt Flo. So, I need a giggle to get me through my day. I clicked on Comedian Stephanie Blum’s Moms Rule video about “The Sex Talk,” and it was just the boost I needed. I’m so exhausted this week, I need a nap to feel tired. At any rate, back to the sex talk. It’s a talk my sister had “the sex talk” with my 12-year-old nephew. It was a lot more detailed, and graphic, than the one my parents had with me. Maybe because he’s a boy–boys are treated differently. But both sexes should be addressed the same. I mean, both people are in the bed–or on the floor or in a backseat, because at that age, there’s likely not a key to the Ritz Carlton or even an apartment involved.

I don’t remember much about being educated about the birds and the bees. I do recall one day my Godmother dropped a tampon in a glass of water to demonstrate how it worked. That followed with a very uncomfortable conversation about body parts and organs I probably didn’t know existed until then. I was maybe 10. Maybe older. When I did get older, I remember my mother grilling on the patio. She laughed and waved a hot dog at me and told me if I ever saw one of these, to run. Of course, she schooled me about sex–but in the confines of marriage. At the time, I was more interested in books than boys.

Over the years, the conversation never got easier. My ex-boyfriend still jokes about visiting me in college on my 21st birthday. My hot dog waving mom and tampon experimenting aunt called to wish me well. They asked where my boyfriend slept, and I lied and said he fell asleep on the couch. I wanted them to think I never hd sex, well just once when I got pregnant at 34, right? 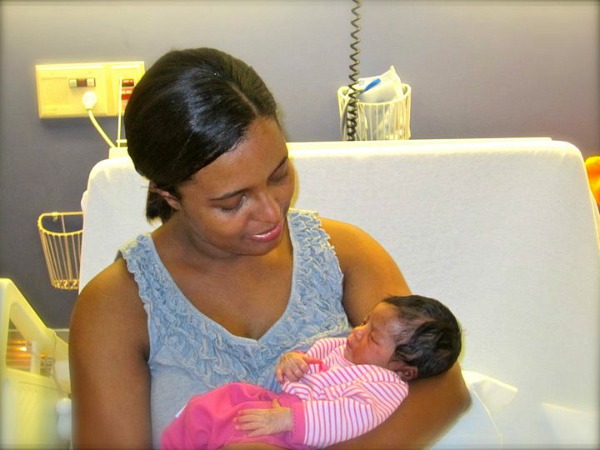 Well, now that i have a daughter, I’m not looking forward to discussing sex, but just yesterday, when I asked my mom for advice, she said something about honesty. It was on another topic, but my mother was right–once again. Don’t let her know that I said she usually knows what she’s talking about! So when my preschooler enters puberty, I’ll be honest. I’ll let her know that sex isn’t always within a marriage. Heck, I wasn’t married to her father. And that sex isn’t always with someone you love, or let’s be truthful here, someone you know. But it should be something that you want to do. You shouldn’t be pressured to sleep with someone. You should be scared that the person will leave you–hand them their coat and keys! You shouldn’t be afraid to buy a condom to protect you from contracting a disease or getting pregnant. I’m so not ready for that talk, but I know it’s coming one day, hopefully later rather than sooner. Don’t want it to be sooner. But just the other day, my three-year-old grabbed a tampon out of the box and asked me what it was. My mouth froze. I knew I shouldn’t perform the sex science experiment my aunt did, but I didn’t know what to say! In the meantime, I will try to get comfortable talking about what can be an uncomfortable topic! 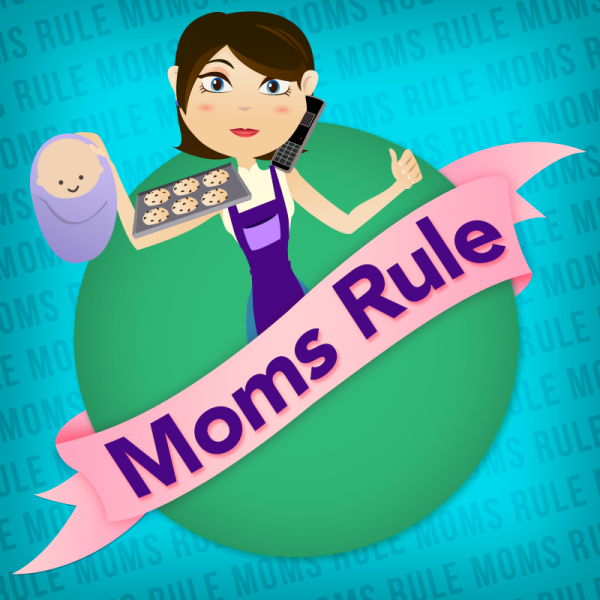 How will I do that? I will laugh abut it! If I can joke about something serious, than my daughter will know that it’s OK to ask embarrassing questions or learn about something she doesn’t have any experience in. I really cracked up when I watched Comedian Stephanie Blum‘s You Tube series. MOMS RULE exposes the secrets all moms have in common designed to have you LAUGH OUT LOUD! Stephanie–yes, we’re on a first name basis, is like a friend. Well, at least in my mind. I would totally ask her for parenting tips and how to talk to my kid about the birds and the bees. She  wants you post comments so she can hear your opinions.

She has lots of experience to draw on. She was a former school psychologist from Brooklyn before she turned into a hilarious stand-up comedian. Recently,  she was spotted by producers who signed her to be in a new comedy series on TLC called WHAT SHE SAID. It premiers during TLC’s “Mother Of All Weeks” leading up to Mother’s Day. The sneak peek will air on Sunday May 10th at 10 p.m.

You can follow Stephanie on Facebook or Twitter  and subscribe to the MOMS RULE YouTube channel. You’ll be the first to find out how you can appear on the show MOMS RULE! Also, you’ll get bonus and backstage episodes, free tickets to MOMS RULE–The LIVE Stand-Up Comedy Tour.