It seems like from the very moment my little one entered the world, I  started making decisions for him: bottle or breast, disposable or reusable diapers, co-sleep or crib, strollers or slings. As time went on, I asked myself other questions. How would I react the first time he hit another kid? The first time he threw a toy or a tantrum? How would I respond if he asked to wear pink nail polish? Would I paint my son’s nails with pink polish? I try to gather information, consider different opinions and sides to the situation, and make an informed decision that represents my personal beliefs: the very beliefs I hope to pass on to my son. I remember growing up how completely unfair it seemed when my brothers received race tracks and teepees. By virtue of sibling-hood, I got to play with the same toys. I played alongside the boys, but they didn’t play with my toys.  Even when playing with other girls. As much as I felt an invasive barrier to my play as a child, I realize now that little boys are even further restricted by gender. But I don’t let barriers confine him. He picked out and loves his toy kitchen set. He likes to cook me things and asks if I’m still hungry.

When he plays with his female cousins, they all play Barbies, and then they all play zombies. He also has another male friend that has a few dolls, such as the princesses from Frozen. I try as hard as I can to let him choose without me swaying him either way. 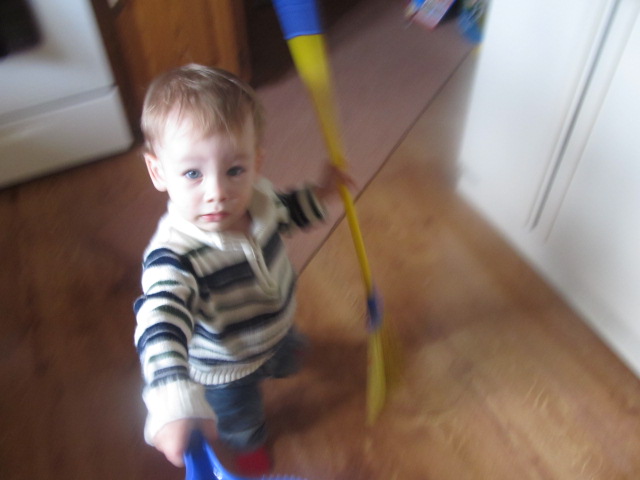 Since I defend breaking gender roles, I want to make sure I’m not pushing that agenda on him in the same way society pushes the initial roles. What I strive for is encouraging freedom to do anything that doesn’t cause harm. When my son asked me to paint his fingernails pink, I took the question very seriously. I wanted him to be free to explore every part of the world that was within his realm of possibility. Playing dress up, playing make-believe with dolls or action figures, coloring with every single crayon in the box–these are all things that seem exciting and expressive to young children. I didn’t want my son to ever feel ashamed of his curiosity or his preferences, even when they deviate from cultural norms. But painting his nails pink?

I was apprehensive about his fingernails and having to deal with people’s opinions. But I opened the bottle and painted his toenails first. Just the big ones, mostly because he didn’t sit still long enough.

As much as I firmly believe kids should be encouraged to express themselves and explore every possible aspect of themselves, I would also never send my child to fight my battles. What I mean by that is that I want to make sure that I’m really being unbiased and not subtly sending hints that he try out “girl” toys or colors for my own agenda of gender neutral parenting, so I can feel progressive. As he gets older, I try to explain things in very simple terms. Even if he doesn’t understand yet, I want to make sure that as soon as the words start sinking in, he receives certain messages. I want him to be compassionate and always ask himself how his actions affect other people. So, after he hits a person or a toy, I say, Do you think that hurt their feelings? Will it make them sad? Do you think they want to be friends with someone who hurts them? 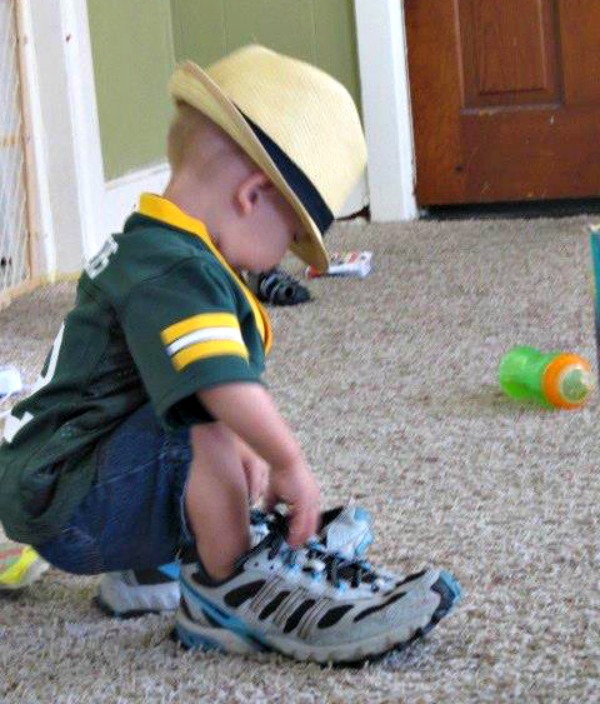 Another way I hope to help his personality and intelligence grow is by telling him how other people might receive his actions. I would hate to tell him that he can do whatever he wants only to be mocked and hurt for those actions when he got around his peers. That series of would be very confusing for a young child. If it’s OK to wear pink boots to school, why did I get called mean names for it? The real  truth is that you can do anything you want, and there is nothing inherently bad or wrong about liking “girly” things. However, some people might still be mean about it; it’s not right that they act that way, but it is often a reality. One of the most important parenting decisions I ever made was to remind myself daily to examine whether I’m really doing what I think Isaac will most benefit from in developing his own personality, and not simply growing into mine. I practice gender neutral parenting to the best of my ability. I encourage and allow my son to play with whatever toys and books make him happy. He picks out his own clothes most of the time.

However, if he grows up and decides to fulfill every hyper-masculine gender stereotype to a tee—I would be a hypocrite not to support that decision just as much as I would if he broke gender stereotypes alongside me. That’s what I really think gender neutral parenting is about: taking as neutral and unbiased a stance as possible, and supporting your child’s journey to self-discovery. But not everyone supports that journey. My father tells me things like, “You need to rough him up,” and “Don’t give him those girly things!” But I tell him I think it’s damaging to limit his development along arbitrary gender lines, and I also think it insinuates that feminine-identified practices and objects are somehow less-than, which translates into girls are less-than, which they aren’t!

Hey DFTM Fam–Are you defining or blurring gender lines in your household?