Warning: "continue" targeting switch is equivalent to "break". Did you mean to use "continue 2"? in /nfs/c09/h05/mnt/190573/domains/diaryofafirsttimemom.com/html/wp-content/plugins/jetpack/_inc/lib/class.media-summary.php on line 87
 Raising Courageous Kids a.ka. Dragon Riders - Diary of A First Time Mom
Home
Uncategorized

This week, I celebrated my daughter’s fourth birthday and realized that although she’ll always be “my” baby, she’s no longer “a” baby. In recent weeks, I’ve noticed her grow into her independence. She wants to ride the big kid swings at the park, and most days she doesn’t want me to push her. She asks to carry whatever she buys at the mall. And for the first time, she carried a lunch box. To some, it’s a mere metal container. To moms, it’s part of the rite of passage from a baby to a big kid.

At first, I was sad, then I had an awakening. Now, that Caitlynn is growing up, we can watch more shows together–shows that we both enjoy. I’m all for cartoons, but we have one television and one personal computer, which means she gets a hold of the remote control until the sun goes down–and by that time I’m ready to lay down! At the age of four, she’s requesting to watch new shows streaming on Netflix that packed with action and adventure like DreamWorks Dragons: Race to the Edge, partially persuaded by my two nephews. 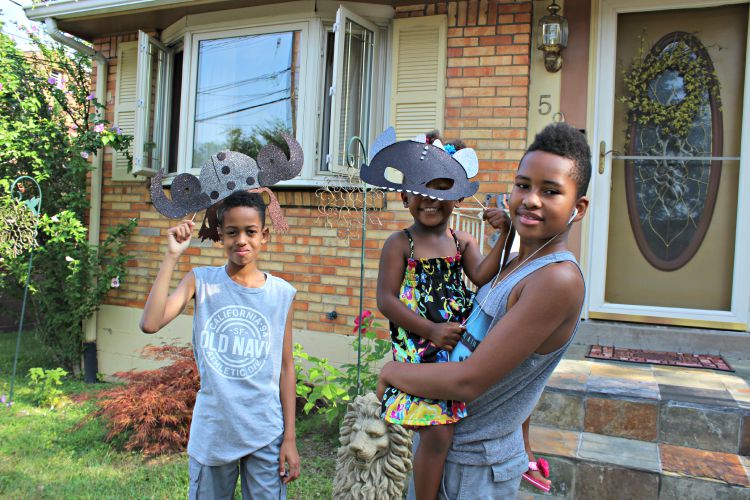 Whatever J.R. and Julian do, Caitlynn is right behind them. Skipping rocks, dunking basketballs (with a lift of course) and chasing fireflies. So when I asked the fellas check out  the all-new Netflix original series, Caitlynn wanted a piece of the action. The show features Hiccup and Toothless–character names Caitlynn thinks are absolutely hilarious.

Each episode is about 20 minutes, which is perfect for her toddler attention span. I watched along as an adventurous helicopter mom. I had to see if the dragon would be a bit scary. There was once scene I was nervous about–pretty minor, but involved hitting. She didn’t pick up on it. Instead, she focused on the actual dragons. Caitlynn reassured me that the show wouldn’t trigger a nightmare when she said, Mommy, dragons are just pretend. They can’t hurt you! I backed up and let her be.

Even though she’s having a princess themed birthday party this weekend, she still likes to rough house with the boys. Sort of like how I was as a little girl. I was a bit of a tomboy and didn’t flinch when there was mud, spiders or even worms. She’s growing into a bright, brave little girl. Here’s how you too can raise courageous kids.

When I first became a mom, I always carried a change of clothes, wipes and sanitizer in my purse. Now, I sometimes leave the house empty handed.  Today, my daughter played at an indoor park and wanted to get Mexican food afterwards. Tired, I ordered it to go, but she insisted on sitting down. In the past, I would have worried about someone spotting her in a soiled shirt. But a couple of years later, my first worry was getting some food in our stomachs. Let your kids get dirty. It’s OK. Let them explore the backyard, make mud pies and climb trees.

It takes courage for a kid to speak up for himself. This may seem small, but voicing your opinion isn’t always easy, especially if your child is shy. Although you may not agree with your child, you can learn more about him, and how you can raise him,  if you listen to what he has to say.

When my parents were dating, my mom played a game with my uncle a.k.a. the menopause kid. Everyone let my uncle, who is a decade younger than his siblings, win at everything. No one gave my mom a heads up, so when she beat him at checkers he threw a  fit. Sometimes in life we have to let our kids lose. We can be there to hug them, kiss leave and dust them off, but we must instill in them a dream big, work hard attitude. Not everyone will cater to them. Not everyone will give them what they want.  When kids fail, they are challenged to try the task again and again. There’s a quote that says courage doesn’t always roar. Sometimes courage is the little voice at the end of the day that says I’ll try again tomorrow.