Warning: "continue" targeting switch is equivalent to "break". Did you mean to use "continue 2"? in /nfs/c09/h05/mnt/190573/domains/diaryofafirsttimemom.com/html/wp-content/plugins/jetpack/_inc/lib/class.media-summary.php on line 87
 The Gruffalo
Home
Toddler
Raising a Toddler

The other day, Caitlynn announced that she wanted to be a scary monster for Halloween. I know, Halloween isn’t until October, and it’s only April. But a three-year-old doesn’t have the same sense of time as an adult. Half the year, she’s telling me what she wants for her birthday that’s not until July, and in the other remaining months, she’s sharing what Santa should put under the tree. So this week, she talked about trick-or-treating. At first, I wanted her to request something else–something society sees as girly. Maybe a princess or even a butterfly. Last year, she was a pig–a cute pink pig I picked out. Her (boy) friend was a monster.

Then, I stopped myself from stopping her from being who she wants to be–and today, it’s a scary monster. Well, I did coax her a bit and suggested being a silly monster. She was fine with that. Then a monster she shall be!

I told her about one of my favorite silly monsters–The Gruffalo. The first met the fierce and fictitious character in a book published back in 1999 when I tutored high-need students at an elementary school near Michigan State. The beautifully illustrated story was a delightful break from textbooks. But back in college, I never imagined sharing the tale with a child of my own! So imagine my excitement when the book came to life on Netflix. The cartoon is only 30 minutes, so it’s short enough to keep Caitlynn’s attention. Other than Frozen, we don’t generally make it to the credits. But even though The Gruffalo isn’t a movie, we still popped popcorn. 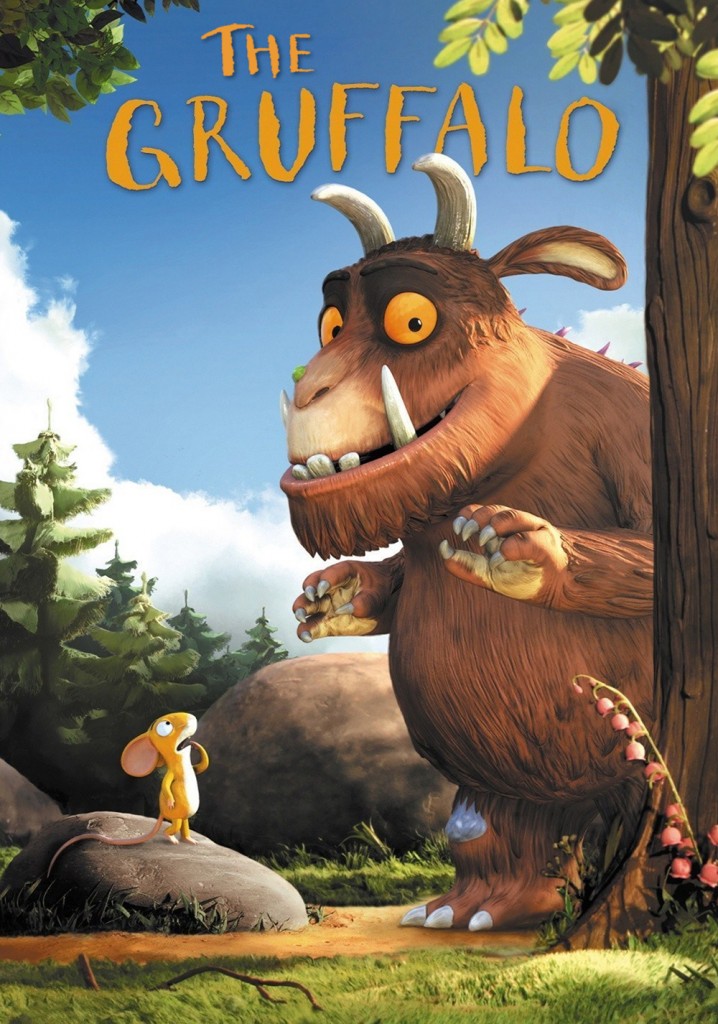 The Gruffalo is also helping me teach Caitlynn about the difference between a truth and a lie. She doesn’t really get that you have to say just joking when you spin a tale and makes up stories. But the squeak mouse is demonstrating dishonesty. She remained glued to the screen and then  hid under our fuzzy cover–we use it to hide from bears. We live near a zoo, so sometimes the animals escape (at least into our imaginations). So we hide under the blanket when we thought The Gruffalo stomped into our living room.

In the end, we got away without a scratch and learned a lesson a  little lesson about little white lies. And we even came up with a silly saying. I don’t like calling someone a liar, so know we know have a name to call someone who’s a…Gruffalo! I think that’s who spilled popcorn all over the hardwood floor!