Warning: "continue" targeting switch is equivalent to "break". Did you mean to use "continue 2"? in /nfs/c09/h05/mnt/190573/domains/diaryofafirsttimemom.com/html/wp-content/plugins/jetpack/_inc/lib/class.media-summary.php on line 87
 How to Raise a Cultured Kid - Diary of A First Time Mom
Home
Baby 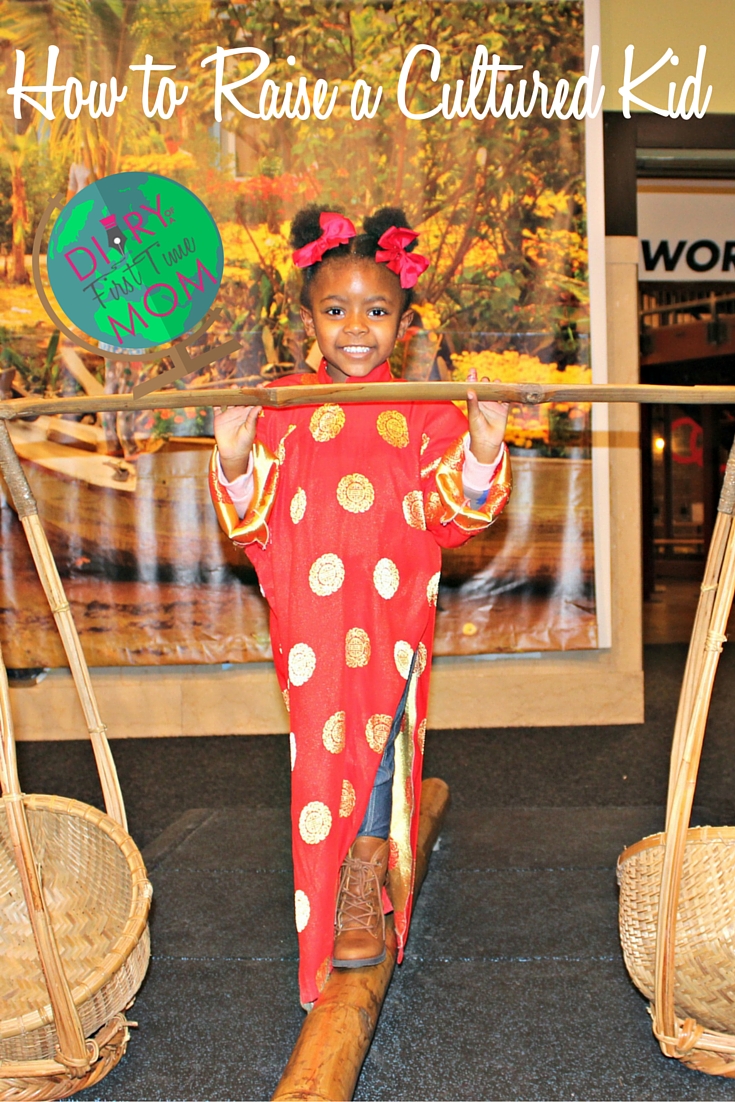 Once upon a time, before I became a mom, I lived on a beautiful island with even more beautiful people. The natives and ex-pats, as the foreigners were called, represented more than 135 nationalities. I worked with and befriended folks from places I never heard of, like Estonia. Even though Grand Cayman was a mere 22 miles, every inch was saturated with culture–food, music, history and more. Now that I’m back on U.S. soil raising my little girl, I want to teach her about the places I’ve travelled to and the different people who make up our world.

At four-years-old, she doesn’t notice the cultural differences among her friends. Her preschool class is extremely diverse, and her BFF’s include an Asian girl and Caucasian boy. But she doesn’t see color quite yet. She only sees friends. She won’t always view people the same way, which is why it’s important to expose her to positive images of lots of races.

Here’s how to raise a cultured kid. 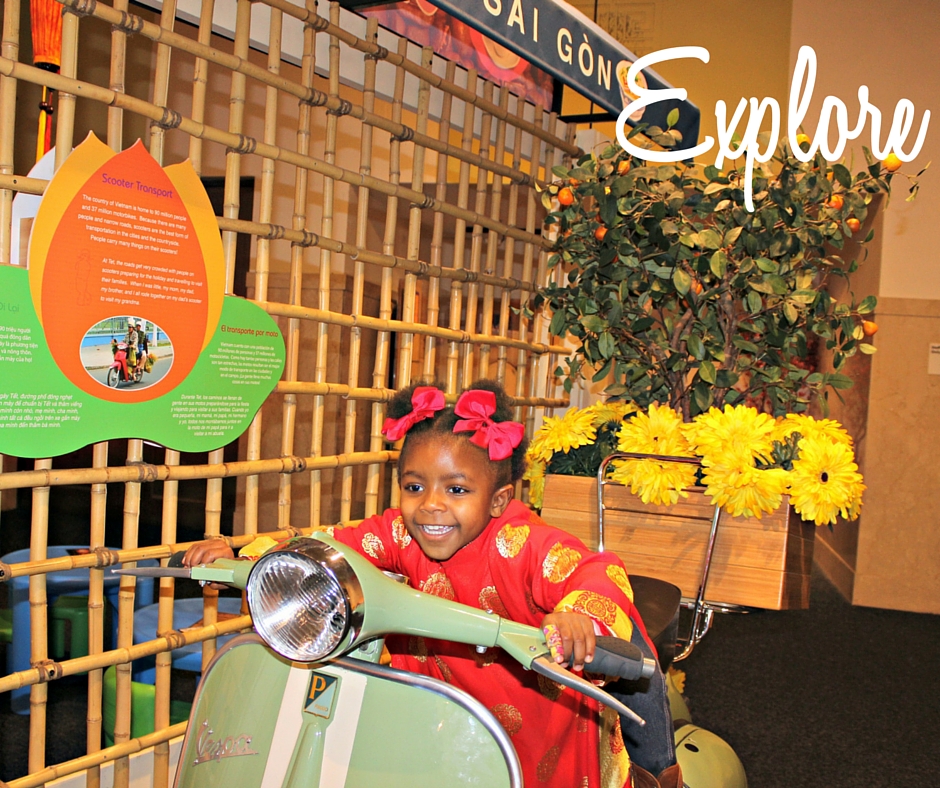 My daughter and I explore the city often. We visit parks, museums, science centers, play spaces and more. My daughter sees lots of people from lots of different races.We took these pictures at the Children Museum of Pittsburgh Voyage to Vietnam exhibit. The kids stepped into the room and were transported to Asia through the sights and sounds. She’s even travelled pretty extensively. This past fall, she took her fourth cruise to the Caribbean. If we can’t get out of town, we can go to the library to read about other cultures. 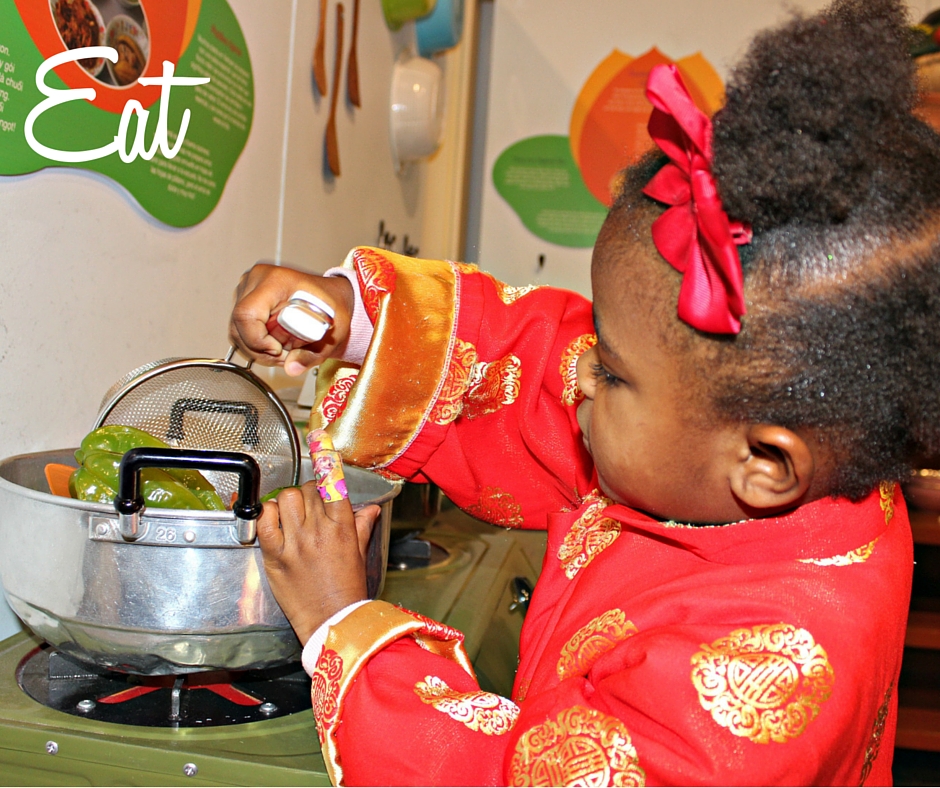 My daughter has the most mature palette than any little kid I know. Her favorite food are mussels! We constantly try new things. She even sings a Daniel the Tiger song: You gotta try new foods, because they might taste good! We live within walking distance from Italian, Thai, Chinese, French and American restaurants. We’ve also stir fried foods in our own kitchen. 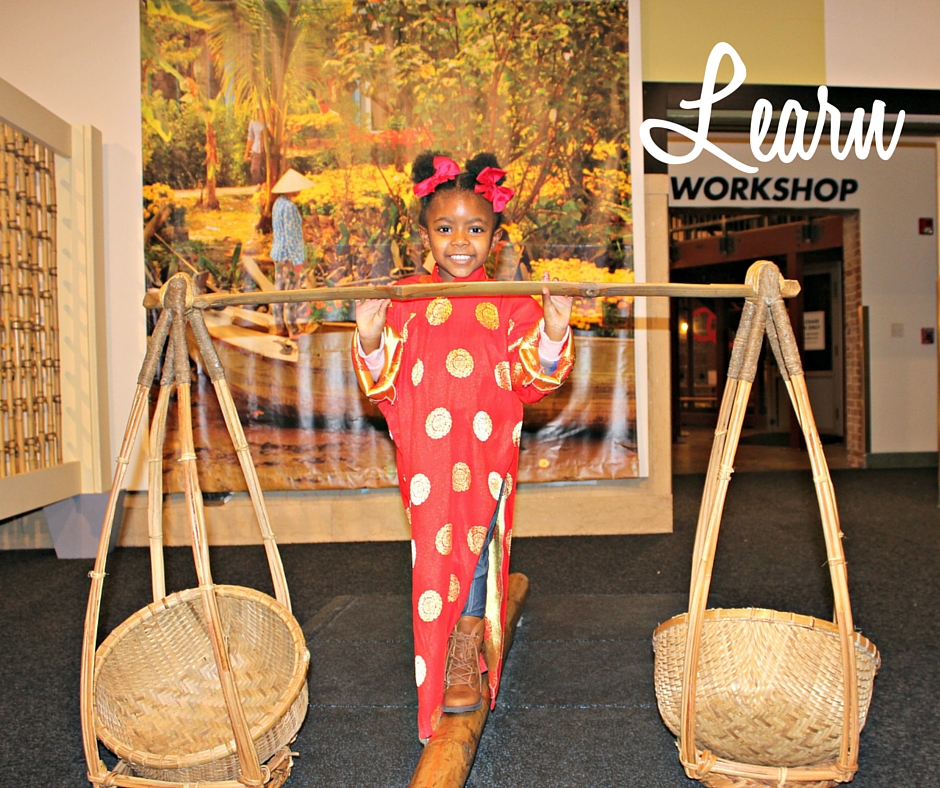 Kids are naturally curious, so they usually ask a lot of questions. My daughter enjoys learning how people live, work and play in other countries. If there’s not an exhibit nearby, ask friends, family and coworkers about their cultures. 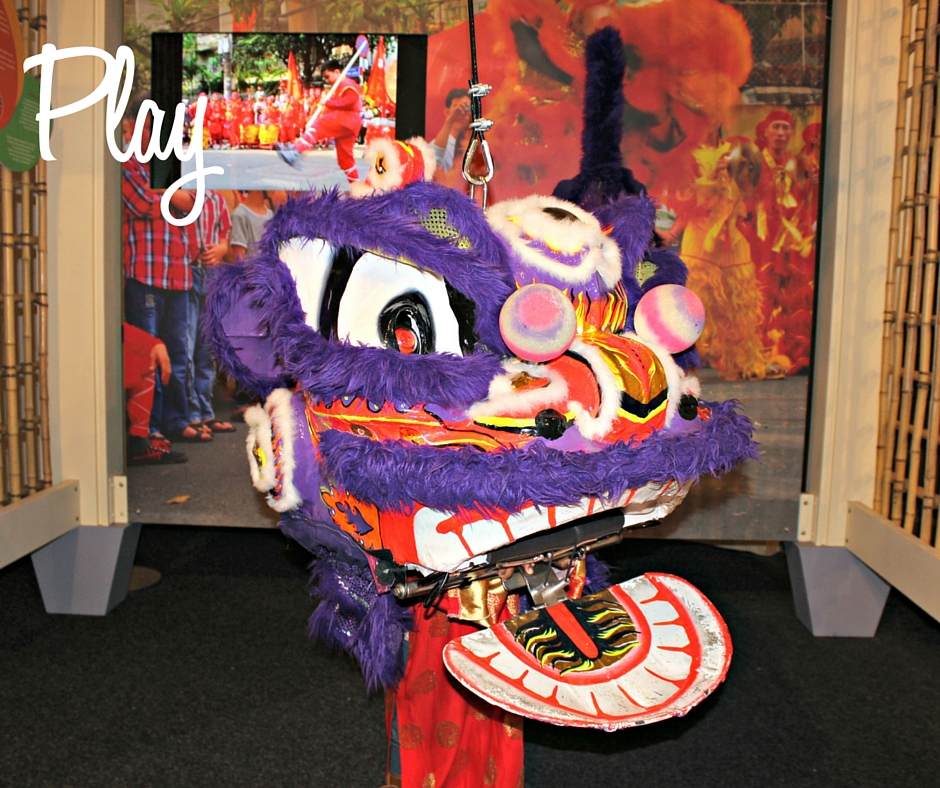 Playing makes learning even more fun. At first, my daughter was scared to touch this dragon, but then she realized it was only pretend and jumped right in. This particular exhibit also included life size games played during the Tet Festival. 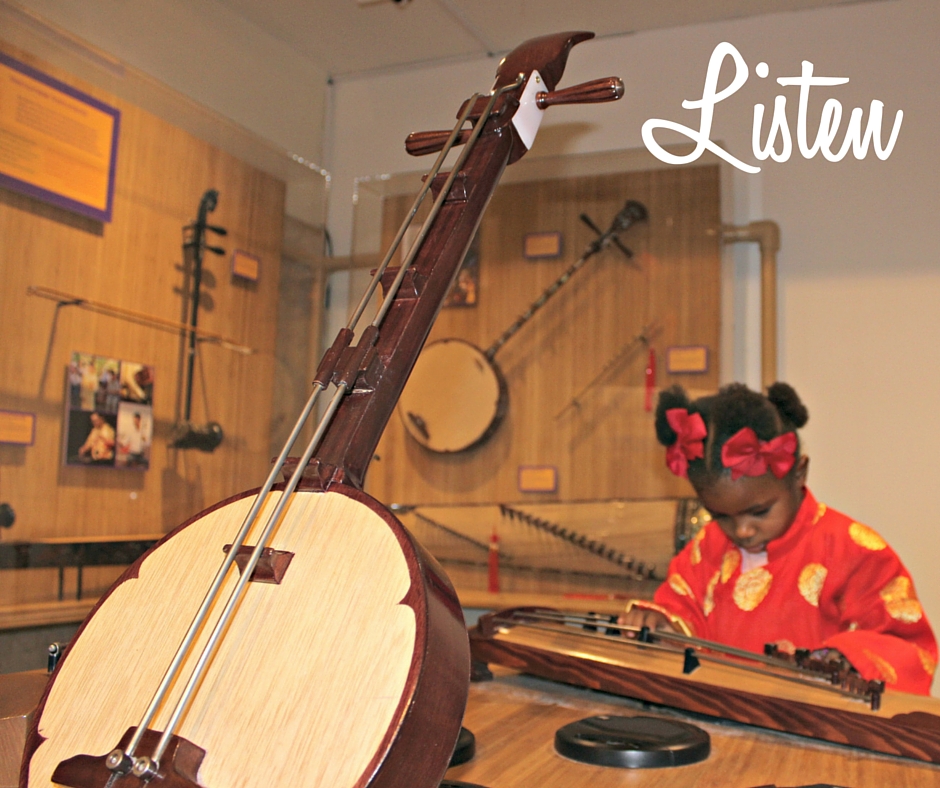 We enjoy listening to different types of music. Now that my daughter can recite words, I must turn the radio dial away from rap and R&B stations and select something more suitable. We like to jam to reggae music and pretend we’re back on the cruise ship, sailing to a white sandy beach.

Hey DFTM Fam–What are you doing to raise a cultured kid?