Warning: "continue" targeting switch is equivalent to "break". Did you mean to use "continue 2"? in /nfs/c09/h05/mnt/190573/domains/diaryofafirsttimemom.com/html/wp-content/plugins/jetpack/_inc/lib/class.media-summary.php on line 87
 Playtex Baby Diaper Genie Review - Diary of A First Time Mom
Home
Baby

Let’s play a guessing game. 5,475. Is that the number of times I told my little love bug how much I loved her when we cuddled on the couch? The number of bedtime stories I recited? Or the number of diapers I changed in 2 ½ years? If you guessed C, you are correct. If you change your child six times a day, you will go through 5,475 diapers in 2 ½ years. I lost a lot of post-pregnancy weight, because I ran the dirty diapers outside to the trashcans at least twice a day. Sometimes I forgot to get dressed. Once, the mailman spotted me in my pajamas. He thought I was my sister, so I played along! On another day, the next-door neighbor’s dog knocked over the garbage and teepeed the backyard with diapers. And guess who cleaned it up? Let’s just say it wasn’t the black lab. Now, that my daughter is about two thirds potty trained, my marathon training is coming to a close. No more darted through the driveway. We can see the finish line. So, when my friend Stephanie over at When Crazy Meets Exhaustion, who is also training her 3-year-old daughter, had a baby, I had to send her a Playtex Baby Diaper Genie (Diaper Genie ® Elite Diaper Disposal System to be exact) with a new odor absorbent Carbon Filter. The Ultimate Odor Lock system features a 7-layer refill bag, double clamp and anti-microbial pail, now with activated carbon filter to absorb and lock in strong diaper odors. I wish someone sent one to me! I thought Stephanie would be the perfect person to do the review, since she is pretty funny. And if you’re only on diaper number 100, you’ll need a sense of humor to get through the, well, you know.

Heather: Stephanie, what does a typical day look like in your house?

Stephanie: I am a work-at-home mom of three with a flexible yet chaotic routine. A typical day starts by changing my daughters’ diapers, disposing my four-year-old son’s overnight pull-up, throwing breakfast together, nursing while signing on to work, and then switching into survival mode in an effort to brush my teeth before noon. More diaper changes, more nursing, more feeding, more survival. Wash, rinse, repeat! At the end of each day, I have probably changed about two-dozen diapers. Did I mention that I have two children in diapers? My just-turned-three-year-old was making a bit of potty training progress until her little sister came along. She hasn’t quite boycotted the whole operation, but lately, we’ve just not had time to devote to her training. Please say a prayer for us. 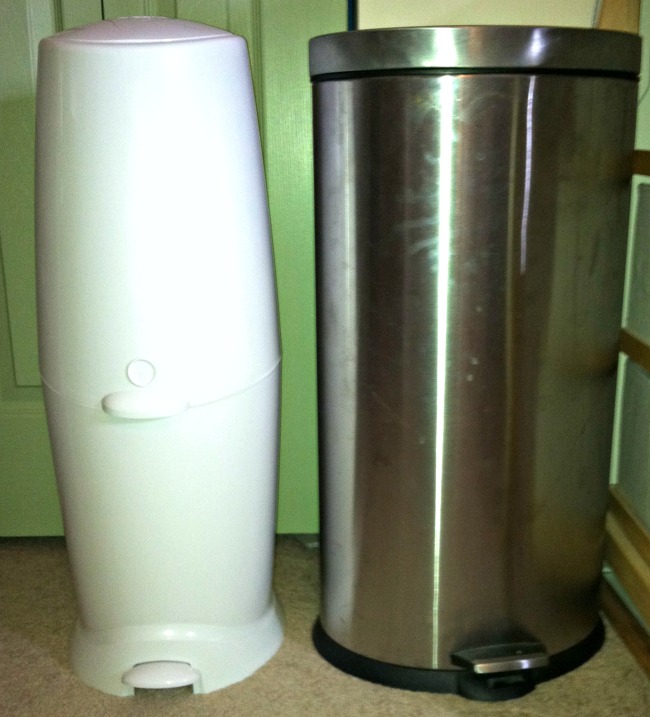 Heather: And you do the same!  My child picks and chooses when and where she will use the potty. Just the other day, she announced that she goes at mommy’s, daddy’s, aunties but not grammy’s—who is the main person praying for this training to work. Do you have any funny diapering stories? Once, I forgot to put a diaper on my daughter. I have a severe case of mommy brain. My daughter wanted to put on her pull up, so in a rush, I thought she did, and I put on her pants. We were going to see Santa Claus at the mall, and when we got there, he pants were soaked! I had to buy her a new outfit, and of course all the children’s stores were sold out of red and green.

Stephanie: When my oldest daughter was a baby, I was elbow deep in one of those explosive diaper situations. Of course, it was 3 a.m. and sleep deprivation being what it is, I was barely functioning. I forgot to put the clean diaper underneath her before switching out the dirty one, and the next thing I know, she sneezed the biggest sneeze ever, and the “shrapnel” hit the fan. Actually the wall. So Gross. Also hilarious!

Heather: Definitely an icky situation, but funny. What did you think about the Diaper Genie® Elite Diaper Disposal System? How does the product prevent you from being crazy and exhausted?

Stephanie: Oh this thing is a lifesaver. I quickly learned why the garbage can was not meant to house dirty diapers.

The second I lifted the lid to dispose of yet another poo-fest, the putrid stench punched me in the face. So, I then went with plastic bags, promising to put them in the outside trash in the morning. Right. When I remembered to throw the bags outside, it worked pretty well. The key was remembering. The Diaper Genie® Elite Diaper Disposal System actually allows me to be the busy, forgetful, crazy, exhausted mom that I am, because it does the work for me. It holds the diapers, and the odor, until I remember to take care of them. #MomBrainIsReal

Heather: I know! You tried out Playtex® Diaper Genie® refills and Munchkin Nursery Fresh refills. Which did you like better and why? 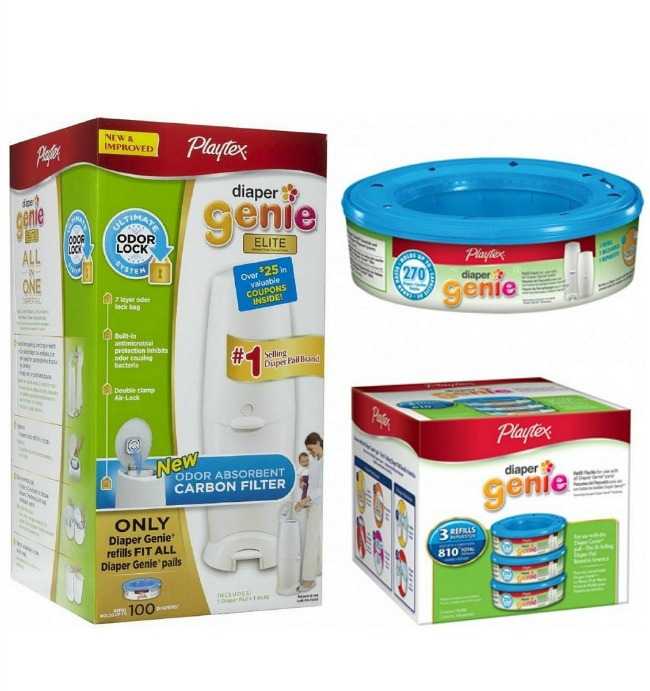 Stephanie: Truly, I didn’t notice a difference in terms of performance. Both refills fit the same, functioned the same, and held in the odor the same. Both fit properly, and I didn’t have trouble closing the lid. The one minor difference I did observe was that the Nursery Fresh was a bit easier to pull through in terms of finding the beginning of the bag upon initial insertion. So if I were offered the choice of which refill to use on a regular basis, the decision would be based on price.

Heather: Would you recommend this product to your friends or readers?

Stephanie: Absolutely. It’s super easy to use, and the hands-free disposal method is not only helpful when carrying the baby, but also sanitary. That said, I do wish there were some mechanism that would push the diapers down as to consolidate them and make room for more! 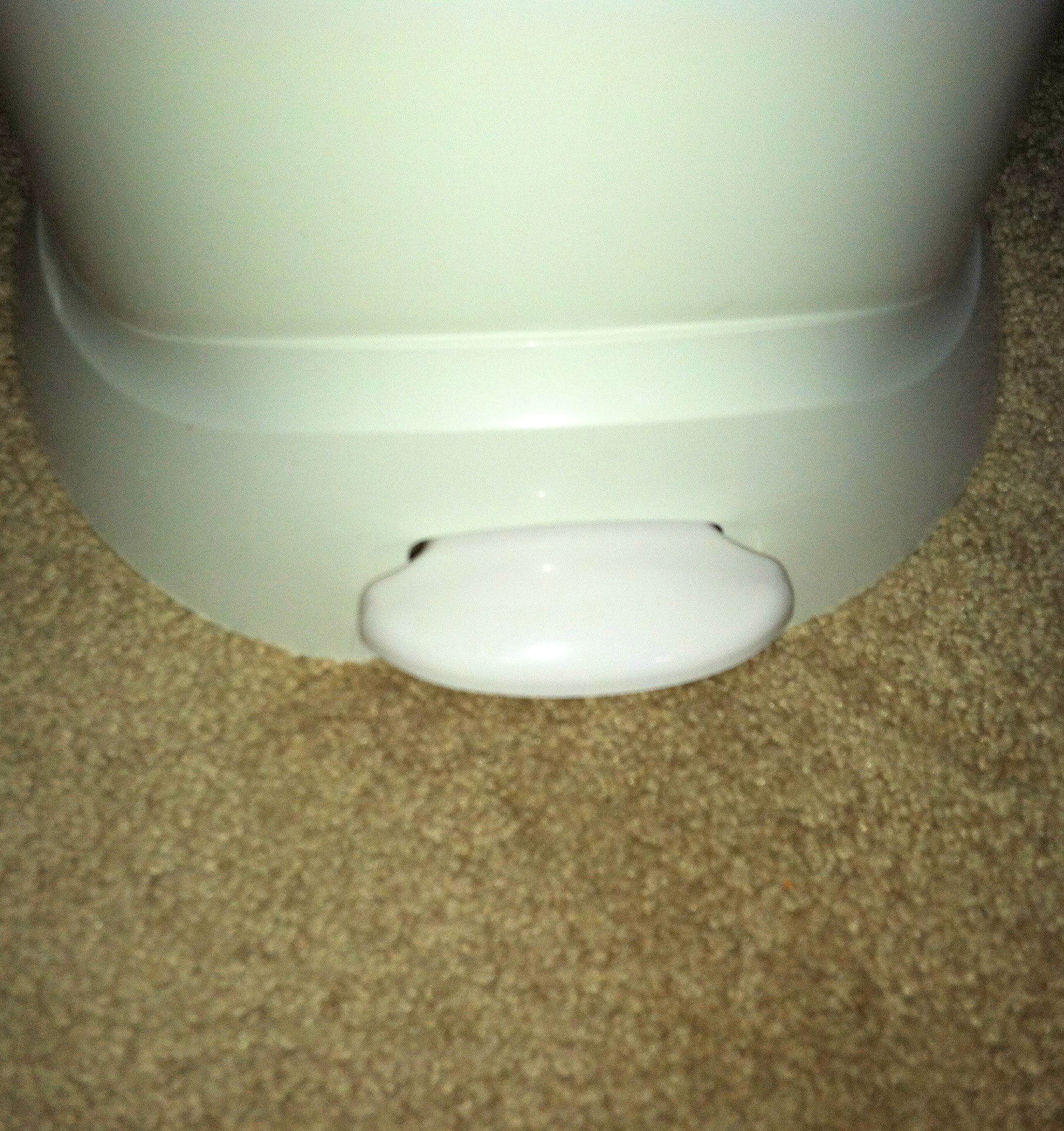 Heather: Wouldn’t that be a perfect world? The Elite Pail holds up to 38 newborn diapers, and the refills hold up to 270. Perhaps making room for the 5,475 diapers a child goes through in the first 2 ½ years would really cut down on the trips to the trash! Did you use a Diaper Genie® with your first two children? If not, do you now regret it?

Stephanie: I used the Diaper Genie® with my son in 2009, but it didn’t have the foot pedestal. I am now spoiled with such an amazing addition that I will never go back. However, I bought a cheaper version of a disposable diaper pail when I had my first daughter in 2011, and all I remember is saving a few bucks and inhaling a stench reminiscent of road kill on a hot summer’s day each time I threw away a diaper. Finally, my husband took the pail outside and hosed it down, but the stink remained. We tossed it.

Heather: That’s definitely a trip worth making to the trash! Is there anything else you would like to add?

Stephanie: Parenting is hard enough as is; why not make life a little easier by grabbing up a Diaper Genie®.

Heather: Sounds like a great tag line for a commercial!

Stephanie: My dad always says, “The days are long, the years are short, but the diapers still stink.”

Heather: Playtex® says, Out of smell, out of mind! And you can have peace of mind and a gift certificate to a spa! Just buy any three Diaper Genie® individual refills in one transaction between 5/1/14 – 7/31/14. Then, snap a picture of the receipt(s) and send it by text message or email to dg@drvsusa.com. You’ll receive a reply with a $25 Spafinder Wellness 365™ gift card!

Hey DFTM Fam—Why do you need to ditch diapers and escape to the spa? For more information about Playtex® products, visit www.playtexbaby.com or www.facebook.com/PlaytexBaby.