Recently, I had an enlightening conversation with Kiddada Green, the founder and executive director of the Black Mothers Breastfeeding Association headquartered in Detroit, MI. I contacted Kiddada to talk to her about Black Breastfeeding Week and why there is still a need for the call out during National Breastfeeding Awareness Month. We both agreed that there has been a generational breakdown between our mothers, aunties and grandmothers; some of which lacked knowledge about breastfeeding benefits and opted to use formula instead. I wanted to know who would teach today’s modern moms about not only the health benefits but also the bonds created by breastfeeding.

After our conversation, I realized how often black women are steered away from breastfeeding. When I came home from the hospital, I wanted to breastfeed my daughter. My breast were swollen and hard. The only person I could ask for help was my mother. The answer that I received was a quick rebuttal saying, Girl, just go down to the WIC office.

It was discouraging and devastating to say the least. After being released, the nurses didn’t offer support. I sure wasn’t gonna get it from home. So, I did what any frustrated and lost first time mother would do.  I gave my daughter the bottle. Now, hearing from this grassroots community visionary, I believe there is hope for change. Kiddada is taking the message nationwide to eliminate the racial disparity of black mother’s breastfeeding within our community.

Syreeta: What led you to launch the Black Mother’s Breastfeeding Association back in 2007?

Kiddada: I always wanted to breastfeed as a little girl. I dreamt of being a wife and a stay-at-home mom with a yard and a white picket fence. I wondered if breastfeeding would hurt, but, my inner gut told me that it can’t be that bad, because African people have been breastfeeding since the beginning of time. 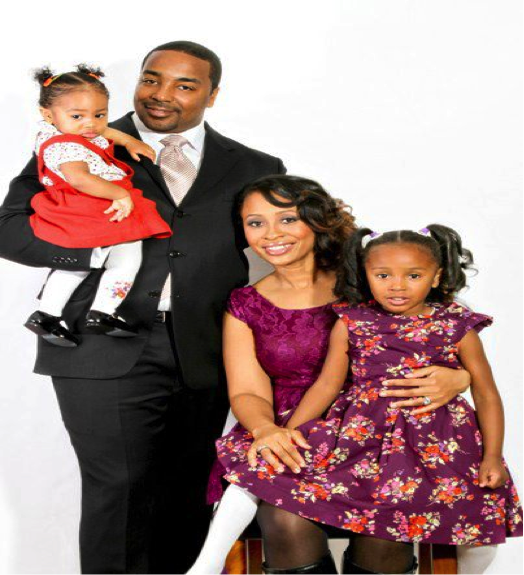 The Black Mother’s Breastfeeding Club was formed to fill a void, a sisterhood and interconnectedness. My true intent was to rekindle the psychological and emotional bond that has been destroyed. This interconnectedness is powerful enough to lead a community and a nation.

The club is a mother led and community-based facilitated group. Where it is truly to serve as an interaction and social context to share in experiences. Mothers have authentic conversations and rebuild the village that was once lost.

Syreeta: What results have you seen from the community workshop series?

Kiddada: It has been transformational, valuable and engaging. It is about a community approach to change the mother’s perspective. It is about attaining community health and information.

The response on breastfeeding ranges:

There has to be a change and a shift in the culture to do this. The imagery of black babies have been generally portrayed in the media being bottle fed. These social barriers have to be knocked down, and we must recreate what was once the natural way to go to a more organized format. There is just a lack of pop culture role models to emulate black women breastfeeding.

Syreeta: Grassroots community organization can be a long, tough process. How did BMBFA breakthrough to reach mothers and spread the message to a larger audience?

The first five years everyone wants to do more. But, the honest transition came from the Kellogg’s Foundation grant. I worked full-time as an instructional specialist for the public schools. I held monthly breastfeeding clubs along with a great team of volunteers. While still grinding, we found a way to make the program sustainable with full-time dedication to it.

Syreeta: Why did you see a need for Black Breastfeeding Week?

Kiddada: This is year, Black Breastfeeding Week takes place August 25-31, the last week of National Breastfeeding Awareness Month. The top reasons we need it so much are to lead to more black babies being breastfed and to eliminate the racial disparity gap. Desperate conditions in urban areas often leave huge voids that exist in reaching black families where they cannot access the support. This continuous cycle is setting us up for failure. Our babies are dying more, and this is a targeted approach to accelerate the awareness.

Often times, we try to sell breastfeeding on the health benefit. The healing and birthing beyond relationship with the mother and child. My mother would say, she loved to see me nursing her grandchild. There is a connection that is being built between mother and child that outlives the health advantages. But, the fact is there is a high infant mortality rate among black infants born too small and too soon. According to the Centers for Disease Control (CDC), increased breastfeeding among black women could decrease infant mortality rates by as much as 50 percent!

Syreeta: Thank you Kiddada for raising awareness and changing perceptions within our community.